DNA tests are delivered in a cardboard box and employ cheek swabbing equipment to collect DNA samples. The recommended instructions suggest swabbing the inside your German Shepherd’s cheek for anywhere between 20 seconds and one minute. The sample is then mailed to the laboratory to examine your dog’s DNA.

If your German Shepherd is not particularly warming up to the idea of a swab in his mouth for that duration, keep a few treats handy. The test results are most accurate when you ensure that your dog does not eat or drink anything two hours before the test. Keeping him away from other dogs will also prevent cross-contamination.

Let’s take a look at some of the DNA tests used for dogs.

As mentioned earlier, the German Shepherd DNA test is useful to ascertain genetic diseases as well as discover the health condition of your puppy. Therefore, German Shepherd health tests are helpful in finding out the nutritional requirement for your puppy.

Our top recommendation is the Embark Dog DNA test

This DNA test is the most efficient, although it is more expensive. It provides one cotton-tipped swab for testing along with easy-to-follow instructions. The swab bristles are gentle and easier to use. Their database includes 250 breeds, which are a significantly wide range. This DNA test is highly recommended.

The Embark Dog DNA test has a database that covers most of the dog breeds recognized by the American Kennel Club. Some of these include the gray wolf as well as certain street dogs. The test results are said to be between 95 to 99 percent.

Embark has more granular results compared to other tests because it analyzes 110 times more genetic markers. This test screens for 171 mutations using its genetic-disease detection tool. No other DNA testing kit proves such an in-depth screening.

In the case of worrisome results, Embark takes the initiative to contact pet owners personally. The online portal is interactive and easy to navigate with a downloadable report and the ability to share the dashboard.

Some other reliable dog DNA tests include:

This test has a different price range to choose from depending on the information you are looking for. It is cost-effective, easy to use, and reliable. However, the bristled swabs provided with the test may irritate your dog’s mouth.

This test is delivered with two cotton-tipped swabs for collecting samples and an envelope for returning it to the lab. They offer the option of mailing a certificate with a picture of your dog. However, their database has just about 100 breeds, which is the lowest number compared to other DNA tests.

What is Dog DNA testing?

DNA consists of a whole bunch of genetic material, which includes genomes, chromosomes, genes, and exons. If there is an error while copying DNA patterns, it leads to a mutation. This is dominant in rare cases.

If there is a mutation in any gene, your pet is most likely to develop the disease associated with that particular gene. The process of DNA testing includes checking the DNA sequence to reveal mutations that are infamous for causing disease or determining the physical characteristics of your German Shepherd.

The German Shepherd breed is relatively novel. They were bred with a vision of athletic and intelligent dogs that were capable and had a strong sense of smell. DNA tests can help you fathom the nutritional requirements and overall health of your puppy.

More importantly, genetic testing for German Shepherds is important because these intelligent dogs carry many inherited diseases. A DNA test will enable you to find the genetic mutations which make your pup susceptible to harmful diseases. This information can help you prepare for the worst-case scenario and minimize the damage.

German Shepherds may carry a variety of inherited diseases. These can be identified by conducting a German Shepherd DNA test. Some of these diseases are listed below.

What should German Shepherds get tested for?

The past hundred years have seen the intensification of artificial selection of dogs, which has increased the number of breeds. This demand has led to the use of inbreeding, which maintains higher breed standards.

However, this condition and the use of popular sires have led to an increase in the number of inherited diseases. German Shepherd dog DNA test has been formulated to identify these diseases. Some of the diseases seen in German Shepherds are listed below.

A purebred population of German Shepherds is more susceptible to have this defect. Dwarfs are born with a mutated allele frequency of 9.4%. Also known as congenital growth hormone deficiency, this disease is marked by growth retardation, lack of primary hairs along with retention of secondary hairs, and bilateral symmetrical alopecia. DNA testing for German Shepherds would reveal this mutation and prevent the breeding of dwarfs.

This condition entails excretion of uric acid in urine excessively, which is a predisposed condition for dogs to urate urolithiasis.  With the help of German Shepherd DNA results, a mutant allele frequency of 9.4% was found. The prevalence of this disease can be reduced by lowering the frequency of the mutant allele while breeding, and this can be done effectively with DNA tests.

Type 1 of this disease (VWDI) is a bleeding disorder that is inherited. Bleeding occurs due to the lower amount of von Willebrand Factor (vWF), which is an important factor used during clotting. This disease can be prevented by using genetic tests, which can also discover carriers.

This disease is characterized by markings of the white muzzle, forelock, chest, collar, and the tip of the tail. This condition is found to be caused by a mutation in the KIT gene, which is the source of white spotting in German Shepherds. Testing for the disease will enable breeders to ascertain if this condition is caused by the KIT gene mutation.

How do dog DNA tests work?

DNA tests are delivered in a cardboard box and employ cheek swabbing equipment to collect DNA samples. The recommended instructions suggest swabbing the inside your German Shepherd’s cheek for anywhere between 20 seconds and one minute. The sample is then mailed to the laboratory to examine your dog’s DNA.

If your German Shepherd is not particularly warming up to the idea of a swab in his mouth for that duration, keep a few treats handy. The test results are most accurate when you ensure that your dog does not eat or drink anything two hours before the test. Keeping him away from other dogs will also prevent cross-contamination.

Let’s take a look at some of the DNA tests used for dogs.

German Shepherd DNA test is important if you want to discover and control the potential harm that your puppy is subject to. There are many options and resources available to carry this out.

Ensuring that you are aware of the physical condition of your German Shepherd will save him a lot of suffering later on in his life. 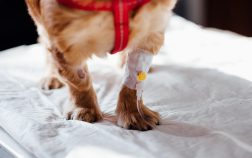 Is your furry friend feeling down? When we get sick or injured, it's easy for us to express our concerns to our loved ones. … Read More 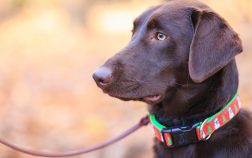 A German Shepherd is one of the most sought after breeds across the globe owing to a plethora of qualities that they possess. A … Read More 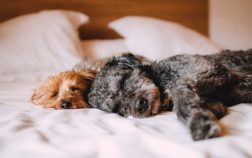 Do you have a lovely adorable pet who means the world to you? Well, there are a few things that you must look after … Read More

Please don't hesitate to reach out with any questions or comments!

Your message has been sent.